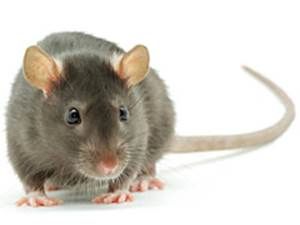 Ball pythons are known to be finicky eaters. It is almost inevitable for a ball python keeper to eventually have to deal with a snake that refuses to eat. This is one of the most common sources of stress from new owners so we wanted to provide an addendum to our care sheet to address some of these concerns.

What to do if your new ball python isn't eating

What to do if your new ball python isn't eating

So you’ve brought your new pet home and it’s settled into its enclosure nicely. You’ve patiently waited a week and tried to interact with it as little as possible. It’s finally time to offer its first meal and…nothing happens! Your snake is disinterested in the food, balled up in the corner, and wants nothing to do with it. What now? Follow the steps below:

You may be discouraged, but understand that this is not uncommon. Missing one meal is not going to hurt the snake as their physiology is very different from ours, so just be patient. It is, after all, a new environment and each snake is different, some take longer to get comfortable than others.

Make sure that there is nothing wrong with how your snake’s new habitat is set up. Our care sheet goes over all aspects of the husbandry but the main things to check are:

If everything checks out with your husbandry, simply wait a week and try offering food again. Your snake may just need a bit more time to settle in.

If you keep trying to offer food without success, it may be time to try something new. Keep in mind, we do not recommend changing things until your snake has refused at least 3-4 meals (so about a month of trying).

Here is what we recommend trying:

***Please note that we suggest changing one variable at a time and waiting a week to see if it helps. You do not want to change everything all at once because if it does get your snake eating again, it will be more difficult to identify what the key factor was.***

If, after trying all the steps above, you are still unable to get your snake to take a meal, contact the breeder you got your snake from. Your breeder will be able to tell you exactly how the animal was kept prior to selling it to you, so you can work with them to find a solution. We stand by all of our animals and do not sell any animals that are not established feeders in our own collection so we would be happy to help you out.

What to do if your ball python stopped eating

So you’ve had your ball python for almost a year now and she’s never refused a meal. You go to feed her the same way you do every week and…nothing happens! What now? Follow the steps below:

This is perfectly normal behavior for ball pythons and it is actually more rare to have a snake that doesn’t go off food at some point in its life. Most snakes tend to go on a hunger strike for several months when they first reach sub-adult to adult size (700-1000 grams).

Because the snake has been eating and provided you haven’t made any drastic changes to your husbandry, your snake should eventually start eating again on its own.

When your snake refuses food, it is important to make sure that it is normal behavior and not something caused by health issues. The best way of doing this is to track their weight. A healthy ball python can go without a meal for months on end and experience very little weight loss (10% or less).

We suggest monitoring weight once a month and if you notice a significant drop in weight (25-30% in a couple of months), consult a veterinarian.

Other things to look out for that might be signs of a sick snake are: wheezing, bubbles around the mouth, extended periods soaking in water dishes, etc.

When a snake starts to refuse food, we prefer to wait a bit longer before offering again. Our regular feeding schedule is once a week, but when a snake stops eating, we will instead offer food once every two or three weeks. We’ve found that offering less frequently has yielded better success, likely due to a few theories:

4. Freshen up the enclosure

If a snake has refused 3 or 4 meals in a row, we like to do a full cleaning of its enclosure. We find that this has helped kick-start their appetite in many cases. We will replace all substrate and do a complete scrub to remove as much scent as possible.

If you have a rack system, we recommend moving the snake to a completely new bin and putting them in a separate part of the rack entirely.

There is certainly the argument to be made that a snake will feel most comfortable in its own home when the enclosure smells like the snake itself. However, when a snake starts fasting, we’ve found a change in environment to be the most helpful way to break them out of this rut. Snakes in the wild do not spend their entire lives in one burrow (mostly because they don’t have someone cleaning up after them!) so it makes sense to replicate that in captivity as well.

Following the steps above will get most snakes eating again in a relatively short period of time. However, it is still important to note that there will be cases where a snake simply doesn’t want to eat and we just have to wait for them to come around on their own.

Unlike a snake that you just got that hasn’t eaten its first meal, we don’t suggest any drastic changes to the type of prey item or whether it is frozen/thawed or live. That is because snakes are, to some extent, creatures of habit and it is possible for them to get hooked on a different prey item, making it difficult to switch them back.

Remember, there have been many cases where snakes in captivity have gone 12 months or more without eating. Stick to the tips here, continue to offer, and they will be slamming rats again in no time!

Below is a sample timeline of how we would implement the steps above to tackle problematic feeders: